Fireworks have never been something that particularly seem to bother the ponies much.  We live too far from any displays for them to cause trouble and we have always been careful to only use small, quiet fireworks ourselves.  However,  a couple of months ago one of the neighbouring farms unexpectedly set off a proper display and we looked out of the windows to find both ponies tearing up and down the field in a blind panic.  They had just happened to be in the closest field to the display and as their favourite spot is right up at the far end the fireworks probably went off horribly close to them.  Ever since then we have been extra careful to check on them whenever there are fireworks about. 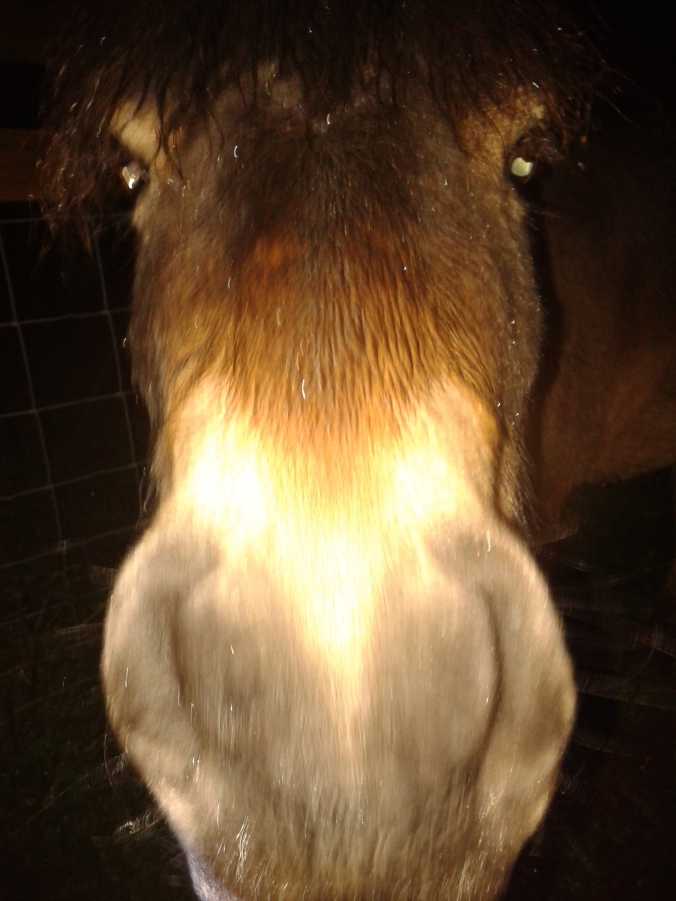 I went out just after midnight on New Year’s Day and found that the ponies were absolutely fine despite the celebrations.  They came straight up to me – hoping for food probably – and followed me back to the yard.  Galahad even seems to have got over his dislike of torches which will make checking them in the dark a lot easier!  I did give them a treat each – I like to reward them for coming in.  Besides, we were celebrating the New Year so why shouldn’t they?

One thought on “New Year Fireworks”