As happens most years, this week I went up the lane from our house for the first time in a couple of weeks and poor Galahad had to fight his way through a wall of greenery. 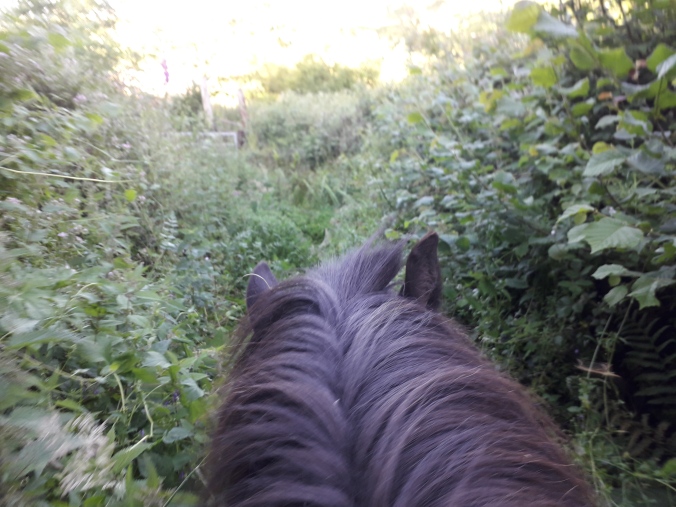 I’m sure it’s worse this year than it has been before – probably thanks to the rain we have had over the past few weeks.  The picture doesn’t quite do it justice as I took it on the return trip after we had already trampled it down once.

It’s amazing how quickly it gets overgrown – nature rally is powerful.  Galahad was also extremely impressive in the way he just ploughed through it all – I wouldn’t have enjoyed it much on foot!  As it was I got badly stung by all the nettles.  We managed to bring a fair bit of it with us too.

It was pretty dark under the trees, hence the rather blurry picture.

It was an exciting adventure but I must remember to keep using all our routes regularly if I don’t want to get stuck!

One thought on “Intrepid Explorers”