It seems that pheasant season is upon us.  Almost every time we ride out we are met by a whole flock of juveniles which run along the lane or field ahead of us before giving in and flying over the hedge.  The ponies have got fairly used to them now, although we can still get taken by surprise occasionally.

A few days ago Galahad and I met this little one who seemed younger than the others, as unlikely as that sounds.  It was cheeping like a chick and when the rest flew off it got left behind and just ran into the fence. 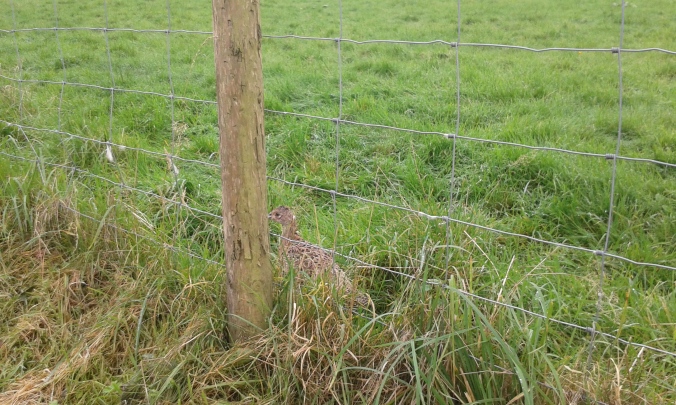 Eventually it managed to squeeze itself through the fence but was then trapped in the lane with us until it climbed into the hedge, still cheeping madly. 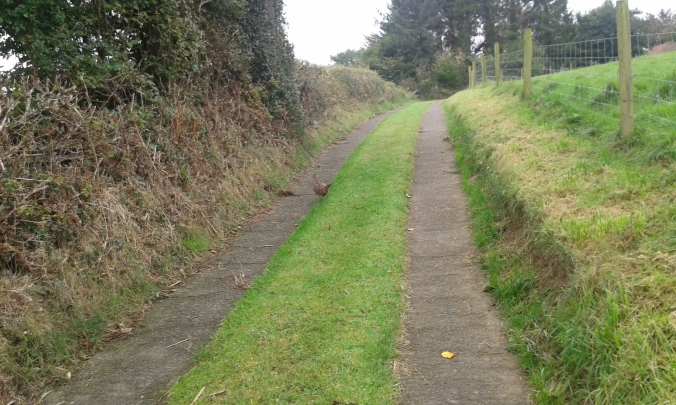 Hopefully it found its way through the hedge to rejoin the rest of the flock!