On Sunday Galahad and I went to our first trec POR competition.  I wasn’t really too worried about how he would behave – I was much more concerned about making sure that I had all the right equipment and that I didn’t make a fool of myself by getting lost.  Or just getting something wrong because I had never done it before and was not entirely sure how it all worked.  Thankfully the tack check was fine and I managed to copy the route onto my map with no trouble.  I was shown what the ticket points looked like, given my score card and we were ready to go.

Galahad was a bit too ready.  Something set him off and we went haring round the field with one stirrup.  I thought we were going to end up in the hedge but we got ourselves under control and finally set off properly. 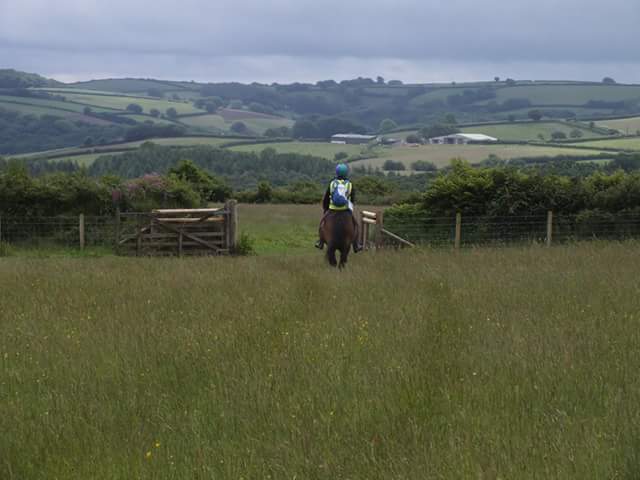 I hadn’t really given myself enough time in the map room to properly study the field system so I felt a little vulnerable through the first few fields – especially since the people at the start could still see me so it would be very obvious if I went wrong.   The joy of coming out of the final field and finding a lane looking like I expected was immense!

The next bit of navigation was fairly straightforward and I found a couple of the tickets which was comforting.  Galahad was very good about my getting off to mark my score card and he was mostly well behaved for the gates, although I did have to get off to do a couple.  The next complicated bit was again over some fields but I was fairly sure we were going the right way and at the top of the field we found a manned ticket point which confirmed it.  Sadly it also meant that I had missed one ticket but at least we were in the right place! 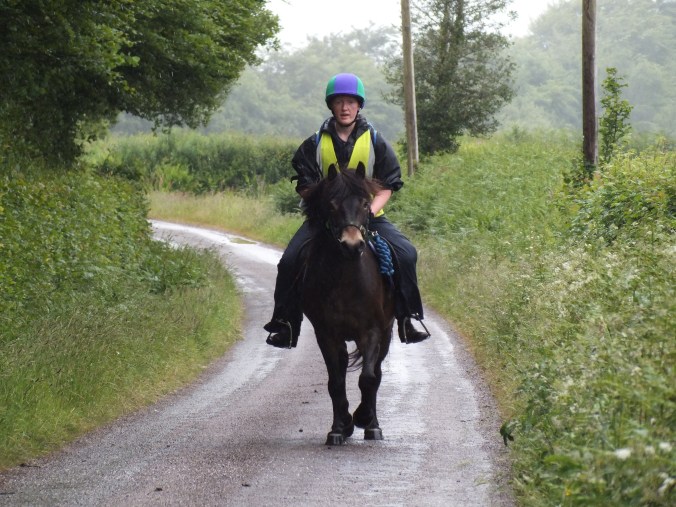 We then had a relatively long stretch on a road which led down into the woods.  This is when it started pouring down with rain and even though we were fairly well sheltered by the trees I had to give in and put on my waterproof trousers.  It was at this point that my navigation went a bit up the creek.  I thought we were a lot further on through the woods than we actually were and took us left over a river we were not supposed to ford. When the path started climbing I was a bit concerned – we were meant to be following the contour lines so the track should have been fairly level.  I pushed on a little way but decided I was definitely wrong and turned back.  On the bright side Galahad walked straight through the river both ways and it did mean that he got the opportunity to have a drink.

Once we were back on the right track we were very quickly out of the woods and at the second checkpoint where Galahad got a bit of a rest.  From then on it was all road work so pretty simple navigation and our only problem came when Galahad took exception to the man at the finish and refused to go past.  He even spun around and started going back the other way – I ended up having to get off and lead him over the line.  A little embarrassing but at least we finished! 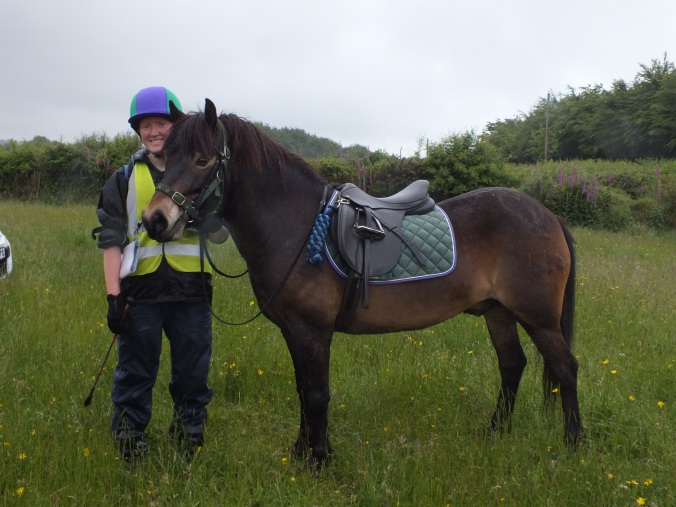 I was very pleased with him – he finished still full of energy and apart from the mishaps right at the beginning and end he behaved very well in completely unknown territory and open spaces.  He was still pretty hot and sweaty despite the rain and definitely deserved his wash down. 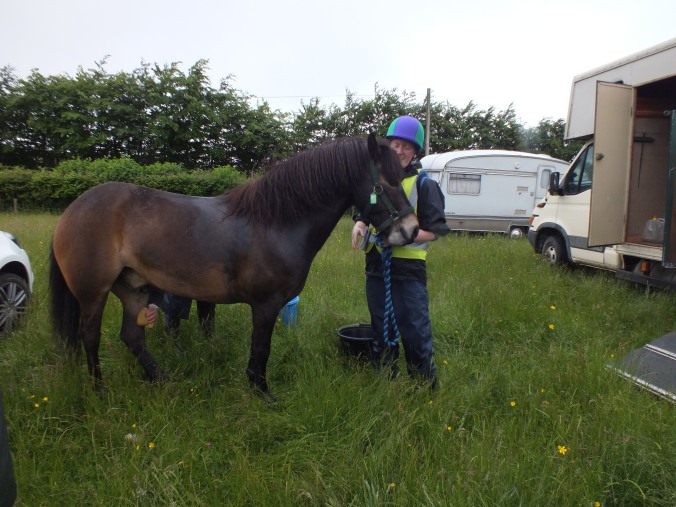 We were the only entry in our class which was sad, even if it did mean we won by default.  Several people in another class got completely lost though so we didn’t do too badly.  In fact, I was very pleased with our score – we lost points for missing the ticket point and for our speed but we still got 189 out of a possible 240 which was the high score of the day.  I was expecting us to be well over the optimum time and on the first half we were eleven minutes over (if only I hadn’t taken the wrong route!).  Weirdly we were ten minutes too fast on the second half.  That still meant time faults but hopefully it means that if  I practise measuring our speed we might be able to get fairly close to the optimum.

Overall it was a very successful day for us.  I had a fantastic time and I definitely want to do it again! 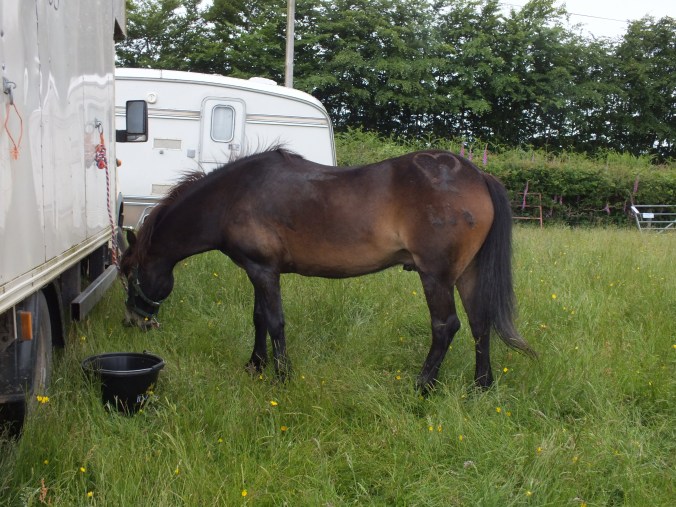