Galahad and I have been making the most of the time we have to work on facing all sorts of scary obstacles.  I think we really are improving.  Opening rope gates is no longer a problem, although we have started to have a bit of trouble with real ones.  I think that is mainly because the gateway has started to churn up a bit.  Galahad has never been very happy when ridden on slippery ground and trying to force him to slide towards the gate is a bit much.

The other obstacles have got much better though and we have had a few lovely mornings playing with them.

Whilst I had the obstacles out I decided to take my sister’s pony over them and I took the opportunity that gave of leaving Galahad tied up wearing his new rug over his saddle.  It seemed a good idea to let him experience it at home in case he has to wear it out.  It was a little windy – although nothing like as much as it has been – and I was concerned the flapping would worry him.  He was actually perfectly calm and barely moved at all.  He has improved so much! 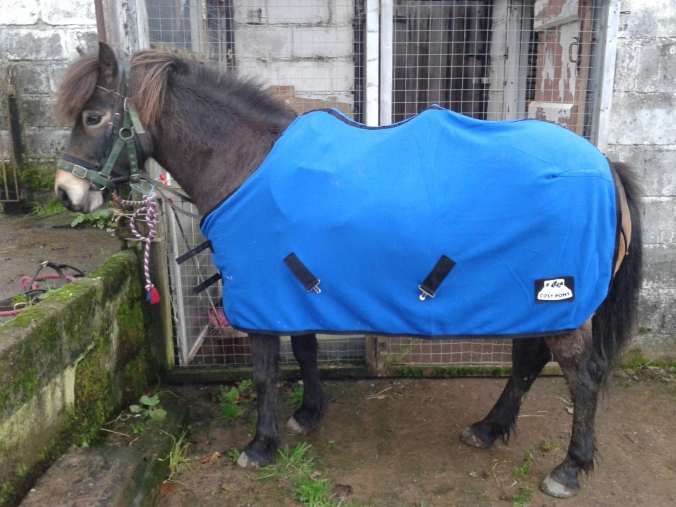