In July I went to our regional showjumping and style jumping qualifier for the British Riding Clubs National Championships.  The showjumping did not go quite to plan as we had one refusal and  twenty three time faults in the first round which clearly put us well out of the running.

We had to go into our second round almost immediately so I gave myself a stern talking to and tried to push my horse forward more.  We had a pole down but were at least inside the time and it felt like a much better round.  Obviously I came nowhere individually but we did come fourth as a team which was some comfort. 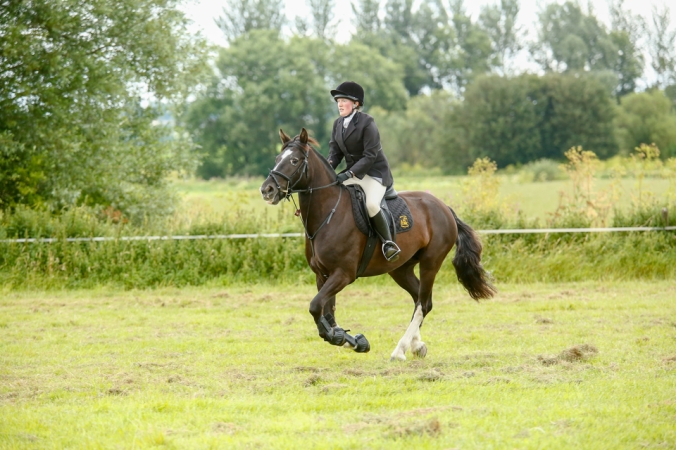 We moved on to style jumping which I had never done before so I was quite nervous about it.  Especially as the horse I was riding is inclined to pick up the wrong canter lead on the left rein.  However, this time we got all the right leads, the course felt nice and flowing and we jumped clear.  All I could do then was cheer on the rest of my team and wait.

I ended up coming second which was very exciting and totally unexpected.  The person who beat me was on the winning team so I knew there was a chance I could be invited to the Nationals as an individual but I tried very hard not to get my hopes up.  However, two weeks ago I received an invitation and so we are going to Nationals after all.  When I heard I was so thrilled I actually squealed and dropped my phone.

I have been up once before – fifteen years ago when I was a junior and got eliminated in the second round of the show jumping.  Hopefully I will at least manage to finish the competition this time!

The Championships are next weekend (I am both very excited and very nervous at the moment!) so I will have no blog post next Sunday.  I will update you on the whole experience the following week.  Fingers crossed it’s a good one!