On Sunday Galahad and I went to a riding club dressage competition.  It was our first outing since February so I was very much looking forward to it.  We had a run through of our tests with my instructor the day before and she said he was looking a lot straighter than he had been and that whatever I was doing with him was working.  That is always a good thing to hear!

Sunday morning dawned very grey and misty but by the time we got to the show the sun was shining and it was obviously going to be another hot day.  There were also many flies about but Galahad took it all in his stride. 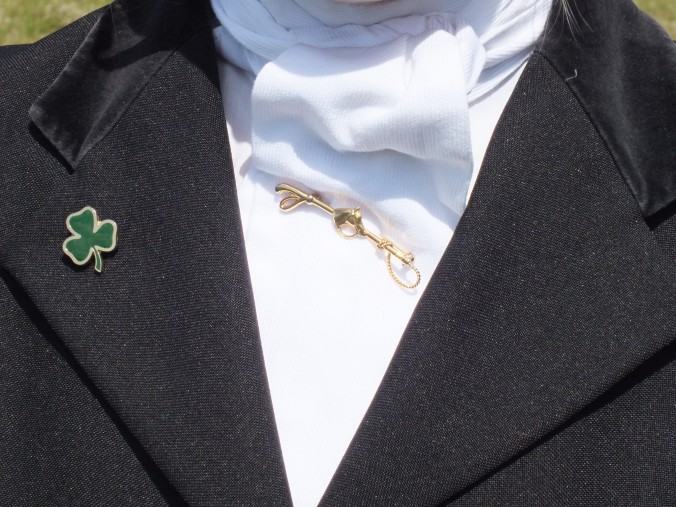 Green is not really de rigueur for dressage but I was determined to #weargreenforjonty.  This is actually an old Guide badge but it seemed very appropriate.

He felt good in the warm up and I went into our first test (Intro C) feeling pretty positive.  It definitely helped that he was nice and forward going up the first centre line.  The test felt great right up until the final halt which was a bit of a struggle – Galahad was not ready to stop!

I was generally very pleased with it though and it gave me a good mindset for our next test – Prelim 7.  I didn’t expect this to go quite so well because of our issues with the canter lead on the right rein.  It felt a little rushed and it did take us three attempts to get the canter lead but actually I was very pleased with it.  Galahad was nice and straight, he was forward going and this time he stopped when I asked him to.  You can’t really ask for more than that!

After we finished and Galahad was cooled off I was on scoring duty so I made my way over to the scoreboard.  I was amazed to find that we had actually won the first class.  Not ony that, we had done so with a score of 70.65%.  We have never scored that much before and we definitely haven’t won!

I came third in the prelim test with a score of 72.05%.  When I looked through my score sheets I fond we had been given a good number of eights and even one 8.5.  We also had some lovely comments, including this one which was my favourite. 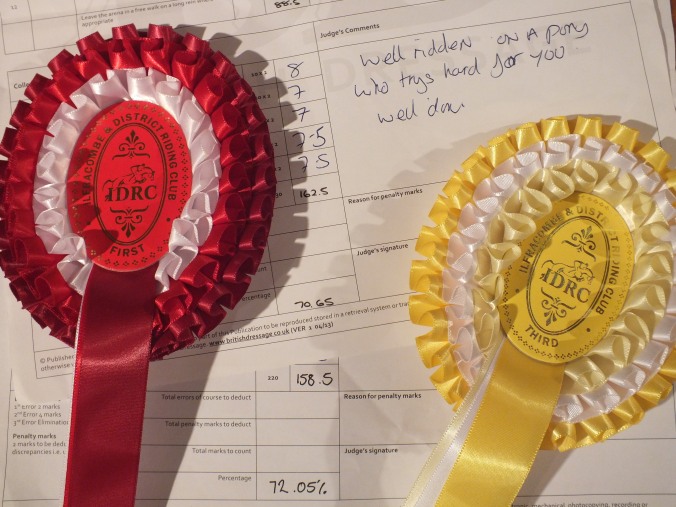 I was so proud of Galahad.  He did try very hard and it really was fun to ride him.  We have some things we can work on but we have improved so much and I could not be happier.