I pride myself on not being a fair weather rider but the weather on Wednesday was a bit much even for me.

Sorry about the video orientation!

I had been planning to film my next online dressage test for BHS Somerset but I definitely was not going to film in that.  It’s not like we would do a good test in those conditions anyway.

I  gave up for the day, turned out the ponies and went indoors for a cup of tea.  Of course, within ten minutes the rain had stopped and the sky had cleared. I decided it was still too dark to film, plus the field was probably pretty slippery,  but there was no reason why we shouldn’t go out for a hack.

Galahad had other ideas though – I had turned him out and he had no intention of coming back in again!  It took me at least five minutes to catch him but I managed it and we went out for a lovely ride splashing through the puddles. 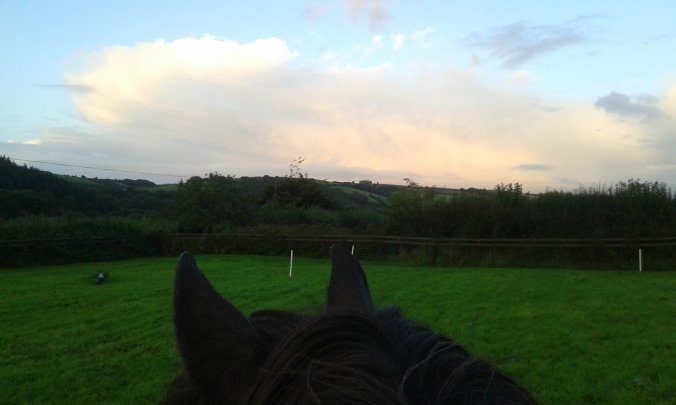 It turned into a beautiful evening!