On Sunday Galahad and I had another trec event.  Most events in our area were cancelled – it was blowing a gale and pouring with rain (and sleet and hail).  We are pretty tough though so our event went ahead.   Luckily it was so windy that although the showers were very heavy they blew over pretty quickly. 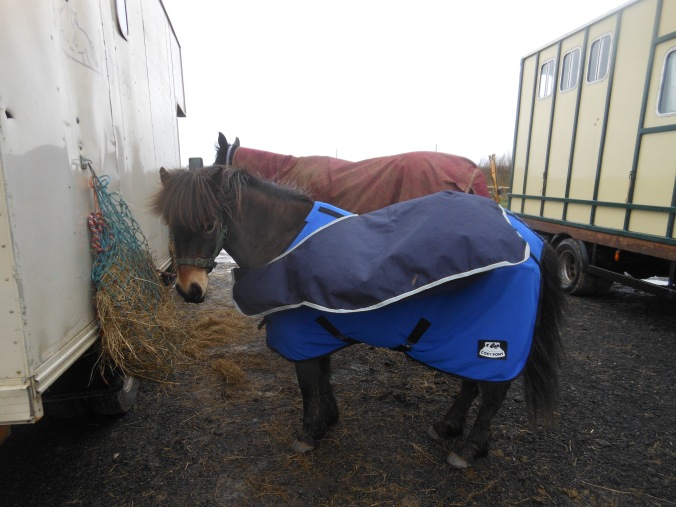 First of all we had a great lesson.  Galahad went over all the obstacles with no trouble at all.  The only issue we had was a group of scary people watching us.  We had a bit of an argument about whether to go past them.  Eventually I won – apparently he had a hilarious expression on his face when he realised he wasn’t going to get away with it.

We then had our individual class and Galahad was again really good.  Our main problem was that I did the neck reining obstacle in trot but got my reins in a bit of a mess and didn’t quite pull up in enough time before the next obstacle.  That happened to be the s-bend of poles which needs a bit more control than that! 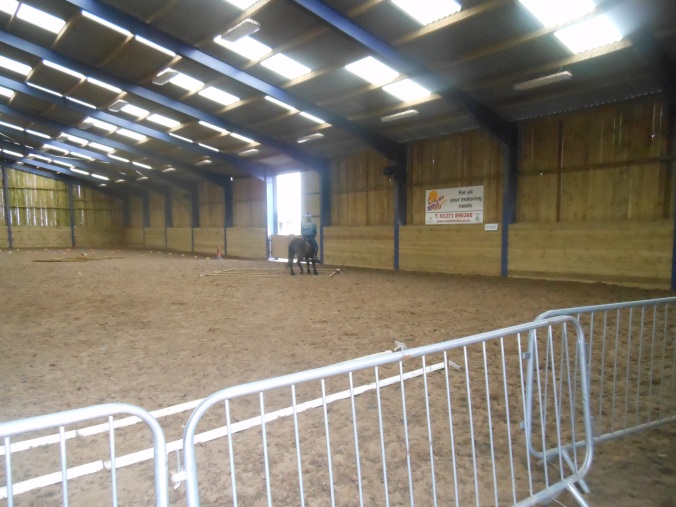 We also did not do well at the jump in hand.  Galahad was so good at it in training but I think I hadn’t given him enough space to think about it so he stopped dead before hopping over.  The judge still thought it was the best course she had seen us do though so I was very pleased.

Next we went straight into our pairs class which actually went even better.  The in hand jump was still not good – we didn’t get over it at all – but everything else was brilliant.  Galahad was a star and I was so proud of him. 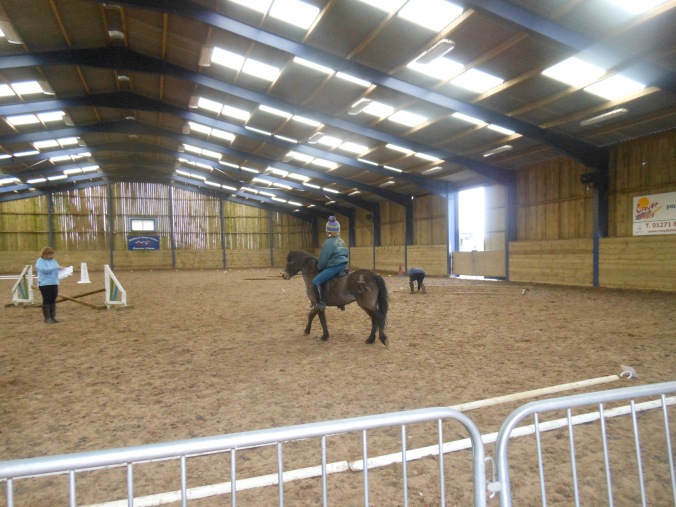 It turned out that we had managed to win both our classes.  That has never happened to us before so it was pretty exciting.  We had a fantastic day despite the weather and I am so looking forward to going again. 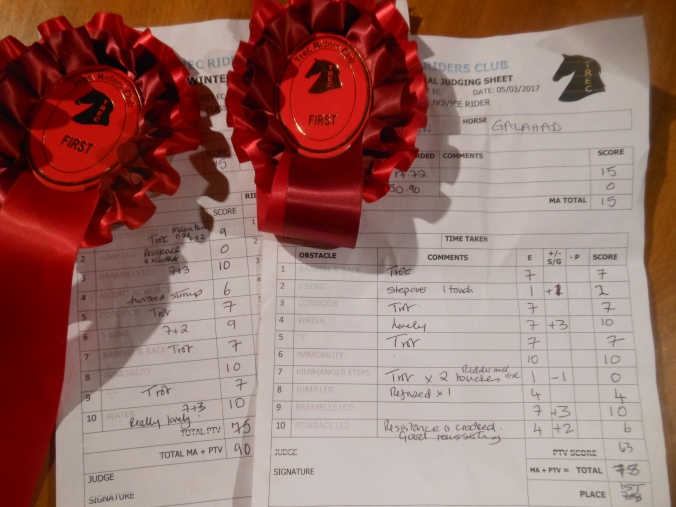