On one of my rides with my sister this week we went for a canter in our neighbour’s fields – for the first time in ages.  Galahad can get overexcited when we do that and has been known to take off across the field from a sheer love of going fast. 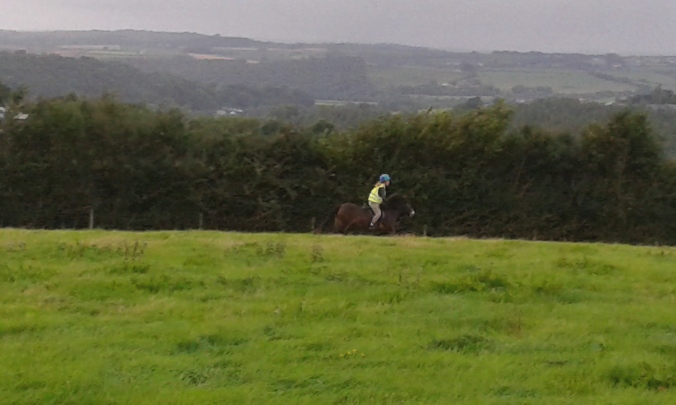 This time however,  he was incredibly steady and his canter was in fact slower than Cookster’s trot.  We had a thoroughly enjoyable time and I was never worried about him running away.  We even separated the two ponies so my sister could take a couple of photographs and they were both as good as gold. 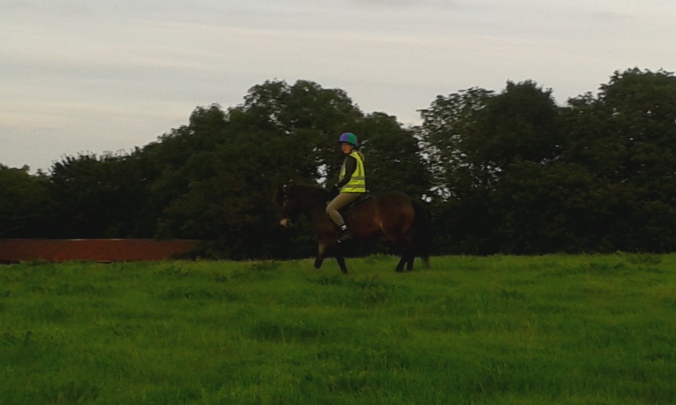 Later in the week I took Galahad in the field by himself to see if it was just the company which kept him steady.  He did go considerably faster that time but I still felt pretty much in control and was very happy with him.  It has been a lovely week!