I spent last weekend at the European Eventing Championships at Blair Castle.  I have been planning the trip for over a year and it was so good to finally get there.

We hired a campervan so we could stay on site.  It is the first time I have done so and it was fantastic being able to wander around when most people hadn’t arrived/had gone home. 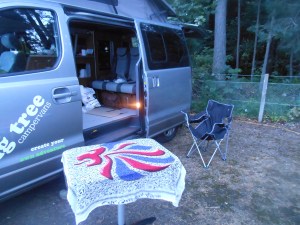 Obviously we had to show our support for Team GB.

That included my nails!

It also meant that I got to see the opening ceremony which was very exciting.  The two children reading ‘Tam o’ Shanter’ were particularly good. 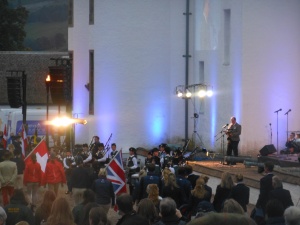 I managed to watch very nearly every dressage test, mostly from the top of the stands which gave an excellent view.  It was rather chilly though as it was very windy!

The first day was especially good as the Brits were doing so well.  I always find it rather comforting when watching the professionals to find that they don’t get all eights and nines either.

Cross country day was wet.  Really wet.  I loved the course and thought it was very interesting but it was a shame that the weather meant bits had to be changed.  One of my favourite fences was the haggis which I never saw jumped as it had been removed by the time we got that far.

It was completely understandable though – it was hard enough walking down that slope, never mind riding it.  The neeps and tatties were still good and I loved the fact that there was a baked potato stall next to the tatties (they provided the real tatties on the fence). 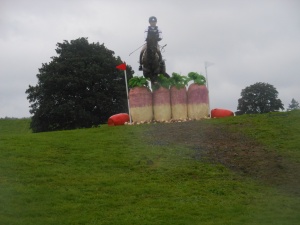 It’s a long way down!

There were so many good fences I can’t possibly describe them all but here are a few of my favourites.

The Castle Wall and Cannon 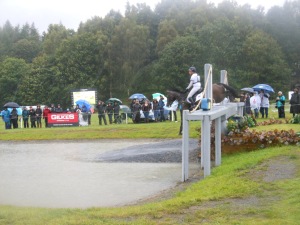 The Firth of Forth Crossings

We waited here to watch a few extra riders in the hope that someone would take the direct route and I was thrilled when Izzy Taylor came along and jumped it beautifully.

Of course the last fence – the Final Fling – was pretty special too.

Show jumping day was thankfully dry (we had uncovered seats) and the course was interesting to watch – there weren’t too many clear rounds!

The Queen came to present the medals which made it extra special. 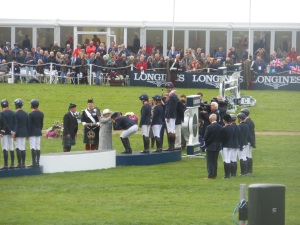 It was a shame we didn’t win but the Germans were just too good.  They seem to be unstoppable at the moment!

I had such a fantastic time and it was worth every bit of planning and the (very long) journey to get there.  I only wish it happened more often and as relatively close to home. 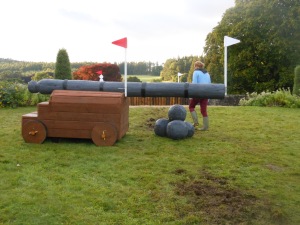