It has been a busy day!

I found out yesterday evening that I was able to take Cookster to the Christmas dressage show today as well as Galahad.  I had a concert last night and I spent all the time I wasn’t playing frantically learning two extra tests for him.

Cookster’s classes were up first and I was a little apprehensive – we hadn’t had a chance to practise and our steering was a bit questionable in the warm up.  However, although his tests were not perfect by any means I was very pleased with the progress he has made.  He even managed to score an eight for his final halt (the halt in the first test was not good at all). 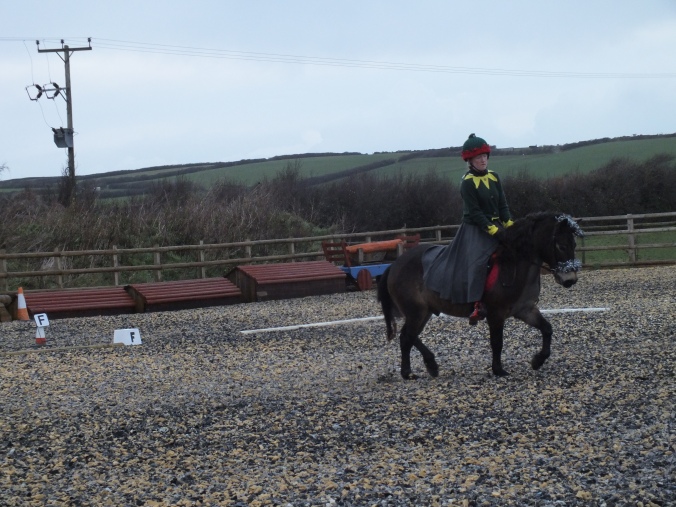 The last time Galahad did a dressage test with Cookster also at the show we had a disastrous round and I didn’t know quite what to expect this time.  What I got was an extremely noisy pony but thankfully one who was willing to actually listen and do what I asked him.  Sadly, I was back to having to ask a couple of times for the correct canter lead on the right rein but otherwise it felt really good.

Galahad was a lot more forward going today – we usually get comments about needing more energy so this was good to feel.  I was also especially pleased that our halts went well as we had rather an argument about them yesterday. 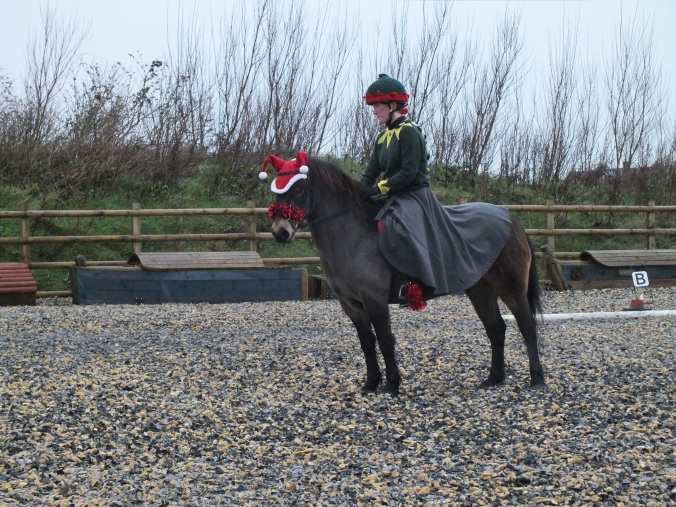 Cookster was unplaced in his first class but came seventh in his second while Galahad came away with a ninth and a seventh.  They were big classes as it was a championship event so I was thrilled with both of them.  Galahad’s first test was one we did a fortnight ago and we got a better score this time around.  It’s a definite sign of improvement which is always welcome.

It might have been a long day but despite the rain and cold we had a fantastic time.