The weather this morning was rather nice but we wasted it as my sister was making a trifle and I curled up with a book.  By the time we got out to ride it was pouring with rain so we dragged on all of our waterproofs.

Naturally, it stopped raining as soon as we were tacked up and ready to ride – I’m sure that if we had decided against waterproofs the rain would have got worse!  However, at least it meant that we had a lovely, dry ride out. 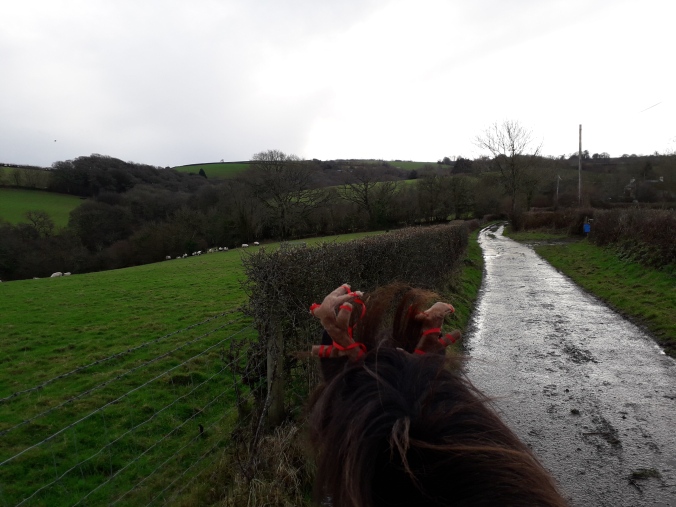 We had a great time and I think the ponies enjoyed it too despite our making them splash through the puddles.

The only downside was that Galahad thought the perfect place to stop for a poo was right outside our neighbours’ house.  I got off to clear it into the hedge and they came out of the house just as I was doing so.  We had a nice chat and I don’t think they realised what I was doing… They didn’t mention it anyway!

We had some chores to do outside and just as we got back indoors the heavens opened again.  We timed our outing perfectly!

4 thoughts on “Riding into the New Year”