This week Galahad has been learning to wear his saddlebags.  I bought them in the summer before we went on our trec expedition but decided not to use them as we didn’t really have much time for him to get used to them.  He was facing a lot of new things at once and I didn’t want to push him too far and make him panic.  I have now finally got around to using them when I am riding and Galahad behaved very well – he didn’t really react at all. 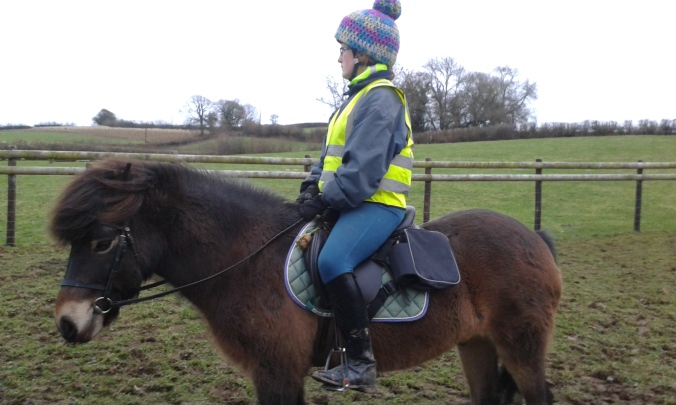 I picked a great day for it though.  We started out for our hack and were almost immediately faced with our neighbour’s recycling bin.  We ride past it every week but we had to stop and stare at it before we could walk past.  Next I noticed that the paper had been delivered for another neighbour so I picked it up to take up the hill.  I decided not to put it in the saddlebags because I wanted Galahad to get used to the idea of them before I started putting things in them.  We set off up the hill with only one and a half hands on the reins.

Just as we got up the first slope a squirrel ran across the road and up a tree.  It was very scary and we had to shy at it (of course).  Luckily Galahad didn’t actually spin all the way round and charge off.  I’m not sure I was in a state to stop him!

Next we met my neighbour driving down to collect the recycling box.  He stopped the engine but for some reason Galahad wasn’t at all keen to go past.  He didn’t spook but he did have to walk very slowly towards the car!  Almost as soon as we were past I heard the beep of a lorry reversing.  I waited in a spot where it would have room to turn and discovered that it was a man delivering coal.  Not something we meet every day!  I was convinced Galahad would be terrified but he didn’t turn a hair – just stood there calmly watching.  I was so proud!

By this point I had decided that Galahad was fine with the saddlebags so I stuck the newspaper in and we trotted off up the rest of the hill. 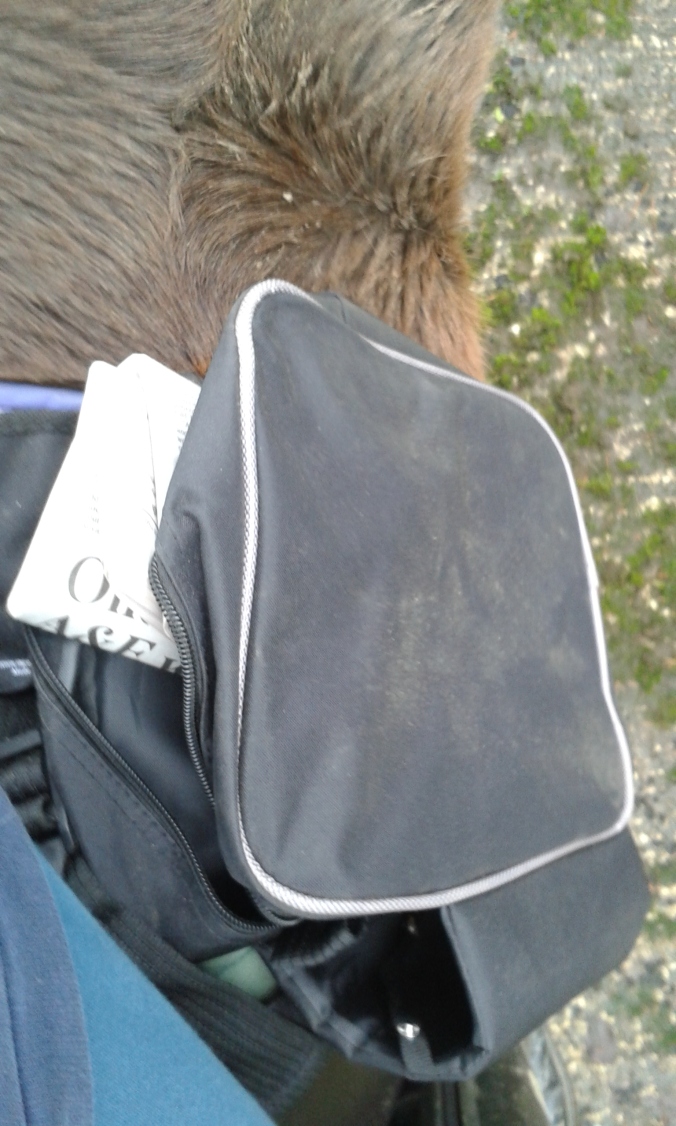 We delivered the paper with no trouble and set off for home.  Most of the excitement was over by then but we did have to stop for a good look where the squirrel had been.  It could easily have been lurking ready to pounce!  As we got closer to the main road it seemed as if almost every lorry in existence was driving past.  They don’t come up the lane but it looked pretty hectic in the valley.

Despite all the excitement we had a lovely ride.  Now I can look forward to longer hacks and picnics in the summer!

14 thoughts on “Bearing the Burden”